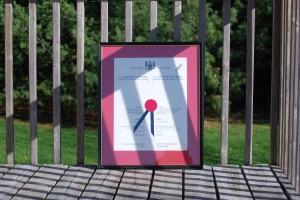 I’ve decided to quit telling people what I do for a living. Cold turkey. No more parlez-vous on the occupation. From now on, when the question is asked, I will deploy a simple strategy, such as the basic change-of-subject:

“So! How ‘bout those Yankees, eh? Can you believe they made that trade?”

Or maybe, the popular bait-and-switch:

“Oh my gosh, is that Matthew Mcconaughey over there?” Or maybe Pamela Anderson, if it is construction worker with a beer gut I’m addressing. (Oh, that’s probably unfair). Either way, as soon as the head is turned, I’ll bolt for the nearest door.

Maybe that’s actually bait-and-bolt, come to think of it.

Why am I doing this? Well, because I’m a lawyer and revealing that fact to others instills all manner of reactions, many of which are seriously adverse. Say, for instance, I am hanging around the riding stable or cheerleading gym where I have just signed a daughter up for lessons. Some nice mom or dad will be there, watching their child’s activities. We strike up a conversation. Are you new here? Has your daughter competed before? Where does she go to school?

And then inevitably, this:

“Do you work part-time then?”

“Uh, yeah. I work from home. Fit it around the kids’ schedules as best I can.”

Or, the person visibly recoils, coughs loudly and excuses themselves to use the facilities. Probably to throw up.

And then there are the other assumptions that go along with revealing my occupational identity. Workaholic. Too smart for her own britches. Charges by the hour. Charges too much. Aloof.

I’ll never forget one rural riding dad who, after I had revealed my professional identity, started going on about “all those rich people who live up over there on the tenth”. It was the set of his jaw that conveyed the message: “You’re not welcome here, Mrs. Fancypants”.

Ouch. There wasn’t much I could say to recover from that shot from the hip, no matter how hard I tried.  The circle had already closed.

And for the record, I am not a Mrs. Fancypants. I am just an ordinary mom who happens to have a law degree. Two law degrees, if you must know. I live in jeans and hoodies, and that is what I was wearing when Mr. So-and-So laid down his judgment. And no, it was not an expensive Abercrombie hoodie either. I was even wearing a baseball hat for pete’s sakes. I am just a nice mom. And a serious geek, professionally speaking.

So. Enough already. Don’t ask me what I do. I won’t tell you. Just trust that I am a decent person, despite the letters that follow my name.