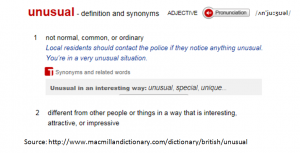 Yesterday I found myself sitting at a small table at Quiznos in Palm Beach International Airport, grounded while a violent thunderstorm raged outside. I was grateful, actually, for the respite, a chance to sit down and eat something substantial (as in all the food groups) rather than wolfing down a muffin and latte while sprinting to the gate. An older gentleman sat at the table beside me swirling the remains of his coffee in the bottom of a paper cup. He wore a Cardinals ballcap and glasses, and was mildly overweight in the self-satisfied way that older American men so often are. He had a friendly air about him. The skies outside had rapidly turned an ominous charcoal grey moments earlier and now the lights in the airport flickered.

“Guess we’re not going anywhere too soon,” I said to him, nodding toward the window.

“Are you grounded, then?” he asked.

“Ah,” he said, nodding as if my answer explained something important.

I let a beat pass and then offered “I am grateful just for the opportunity to sit still for a moment.”

This gave me pause. “Well, I run around a lot,” I said, taking another bite of my sandwich.

“Who is chasing you?” he asked with a grin.

I smiled and finished chewing. “Just my kids.”

This was one strange conversation. Is he flirting with me? He is old enough to be my father, maybe even my grandfather. We exchanged a few more pleasantries and then he rose to leave

“It has been a pleasure to chat with you,” he said, with the slightest of bows. ”You are an unusual woman.”

And with that, he disappeared. I didn’t have a chance to respond, don’t know what I would have said anyway. I am “an unusual woman”? What did he mean? Was that a good thing?

It certainly gave me – very thin me – food for thought. I don’t exactly fit in here in Palm Beach. I’m a blatant tom-boy in the middle of a the high-heeled, coiffed and manicured crowd. My face is bare of make-up, freckled and tanned from days in the sun. My hair is simply cut and dried by shaking it out, dog-like, in the wind and sun. I wear black running shoes, a grey t-shirt, jeans and leather jacket. I don’t do bling. Was it the fact that I was unapologetically tucking into a meat-laden sandwich as big as my forearm? Was it just that I was friendly? That I spoke first? I don`t know, but nonetheless, his parting words made me smile.

I like that! I’ll fold up that phrase and keep it in my pocket all day long. Definitely one worth keeping.